Have you tried any of the “new” classes of medicinal mushrooms? Seems like the health world’s been buzzing about fungi recently. But in truth, these fungal wonders have been used for thousands of years in traditional medicine — even if they are just now becoming popular again. But do medicinal mushrooms have benefits?

While it may seem hard to believe, many species of fungi are credited with helping support your immune system, boosting brain function, and supporting healthy blood sugar.

Let’s take a look at these claims and see how mushrooms can function as medicine.

What Are Medicinal Mushrooms?

First things first, let’s define medicinal mushrooms. We’re not talking button mushrooms from your local produce department here. Medicinal fungi are a little more exotic (even though you can get some of them in larger metropolitan areas at the grocery store).

And we’re certainly not talking about psychedelic or “magic” mushrooms, either. These are mushrooms that people take looking for their hallucinogenic properties.

So what are the typical medicinal mushrooms?

Here’s the list of a few of the most popular.

The reishi mushroom has been prized in Chinese medicine for over 2000 years. It was once only a luxury afforded by the very wealthy since reishi is a rather rare species of mushroom in the wild. But now, reishi is cultivated and harvested in abundance.

Reishi’s potential for health benefits is impressive. Reishi’s been studied for its ability to bolster the immune system, fight depression, control blood sugar, and even fight cancer.

Lion’s mane is a really unique-looking mushroom that kind of looks like a white lion’s mane. Hailing from Asia, this mushroom is often prized for its flavor as well as its health benefits.

Chaga mushrooms don’t really look like mushrooms at all. They kind of look like a clump of burned debris (kind of makes you wonder who decided to eat them the first time). They grow in colder climates and attach themselves to tree bark.

Chaga may be quite the ugly duckling, but it’s packed with antioxidants. It’s also studied for being great at lowering inflammation, lowering “bad” cholesterol levels, and may even fight cancer.

Cordyceps are a very interesting mushroom, to say the least. These fungi are insect parasites. They grow on the backs of insects and then compel said insect to climb a plant to a height of exactly 25 centimeters and mind-controls their prey to lock onto the branch of the plant — where the cordyceps flourishes. It’s a pretty bizarre and fascinating situation that’s inspired zombie video games and books. And again, who the heck decided to eat this the first time?

Despite their questionable origins, cordyceps pack a pretty powerful punch when it comes to health benefits. Studies indicate this mushroom has antioxidant powers and can help lower blood sugar, fight inflammation, influence cholesterol levels, and even help cancer.

It’s important to note that not everyone tolerates mushrooms. Even though it’s rare, some people are allergic to mushrooms — so those people should definitely stay away from these medicinal mushrooms.

While side effects of mushrooms tend to be rare and mild, some people do experience gastrointestinal discomfort when taking medicinal mushrooms. And there are some other things to consider before adding them to your supplement routine.

For example, these medicinal mushrooms, in general, tend to lower blood pressure and increase immune system function — so if you’re taking medication to suppress your immune system, or you’ve already got low blood pressure, you should stay away from taking these mushrooms as a regular supplement.

And it’s best to stay away if you’re pregnant or nursing, since we just don’t know enough about how these supplements may affect your baby.

There are some concerns over a report of two patients in Hong Kong who experienced liver toxicity after taking reishi supplements. Both had been consuming reishi tea with no ill effects and then switched to powdered form. So it’s not really clear if the problem was the reishi or if there was an issue with the particular powder they used.

Other studies indicate that there were no harmful effects to the liver or kidneys from taking reishi.

Where To Buy Medicinal Mushrooms

It takes some months in order for these mushrooms to grow fully. And since the highest concentration of the medicinal benefits reside in the fruiting body (mushroom cap and stem)  of medicinal mushrooms, many have looked for ways to speed up the process by harvesting the faster-to-attain mycelium of these fungi. Think of mycelium as the “roots” of the mushroom.

While many people still claim to experience benefits from the mycelium, it’s just something to consider when purchasing medicinal mushrooms for their medicinal benefits.

Have you tried medicinal mushrooms? What’s been your experience? And if you’ve tried them to see an overall improvement in your health and energy levels, be sure to take my quiz below, it could help you unlock some additional insights and get to thriving faster!

“Cellular and molecular mechanisms of immuno-modulation by ….” https://pubmed.ncbi.nlm.nih.gov/16230843/.

“A water-soluble extract from culture medium of Ganoderma lucidum ….” https://pubmed.ncbi.nlm.nih.gov/20518254/.

“Effect of the Inonotus Obliquus Polysaccharides on Blood Lipid ….” https://ieeexplore.ieee.org/document/5305591.

“The anti-hyperglycemic activity of the fruiting body of Cordyceps in ….” https://pubmed.ncbi.nlm.nih.gov/15050427/. 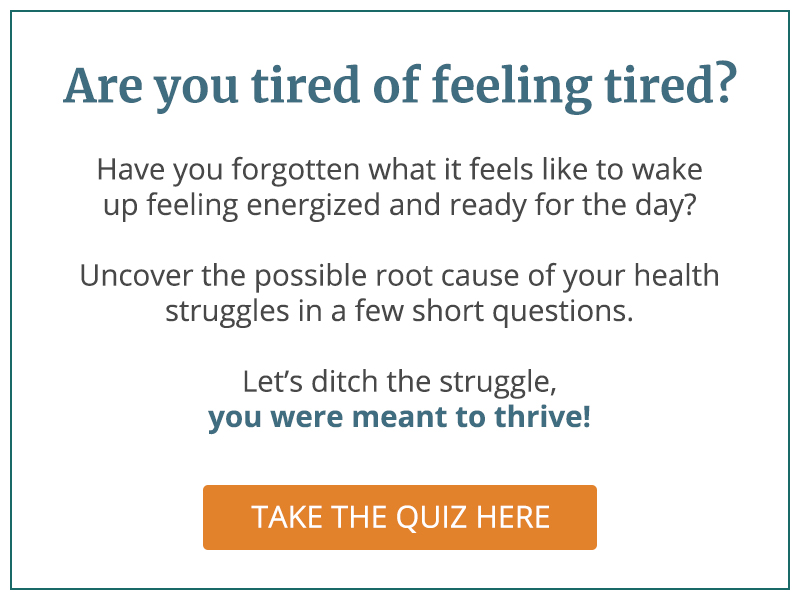